The pupils of year 4 had an amazing treat this week. A professional fencing man came in to promote the sport of fencing, he bought in all the equipment and explained to us exactly what each equipment was called and what it was used for.

After the assembly, year 4 had the chance to try on all the equipment and have a go at fencing.  The children were taught to lung, how to move holding the sword (which is called an Epee) and how to block an attack.

“It was very good especially putting the mask and trying out the fighting positions using the sword” said Lenny from year 4. “I would love to join a club to take up fencing professionally”. 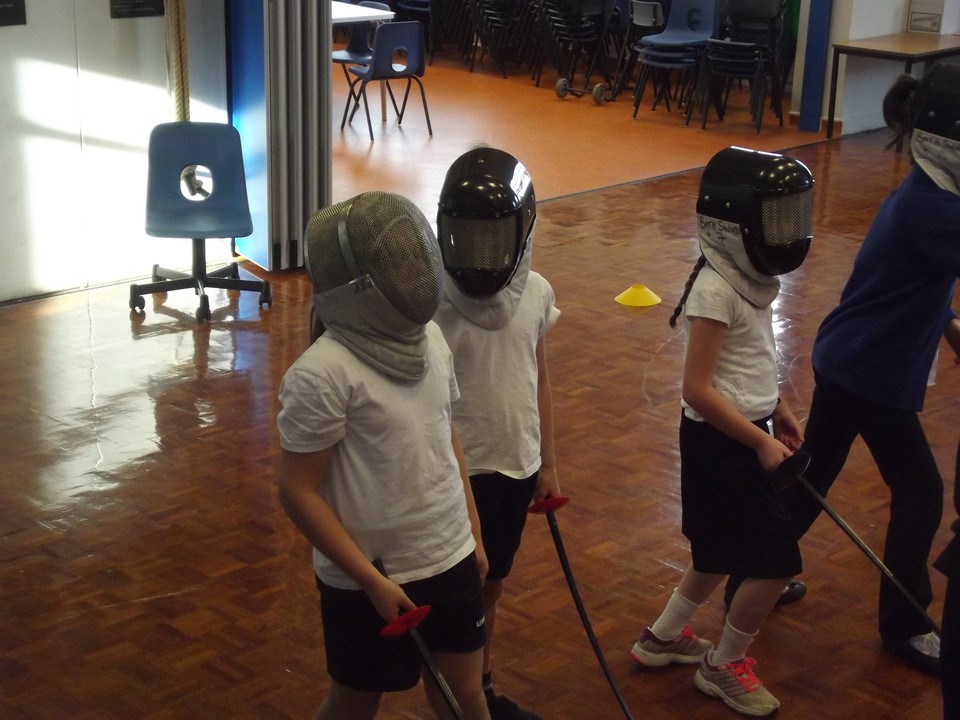 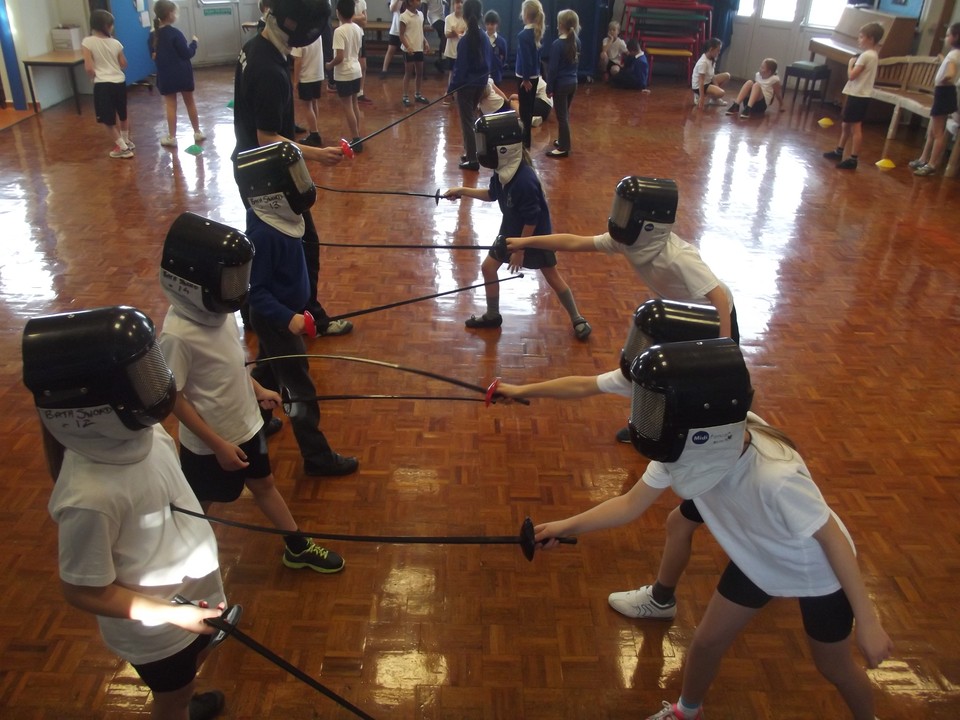 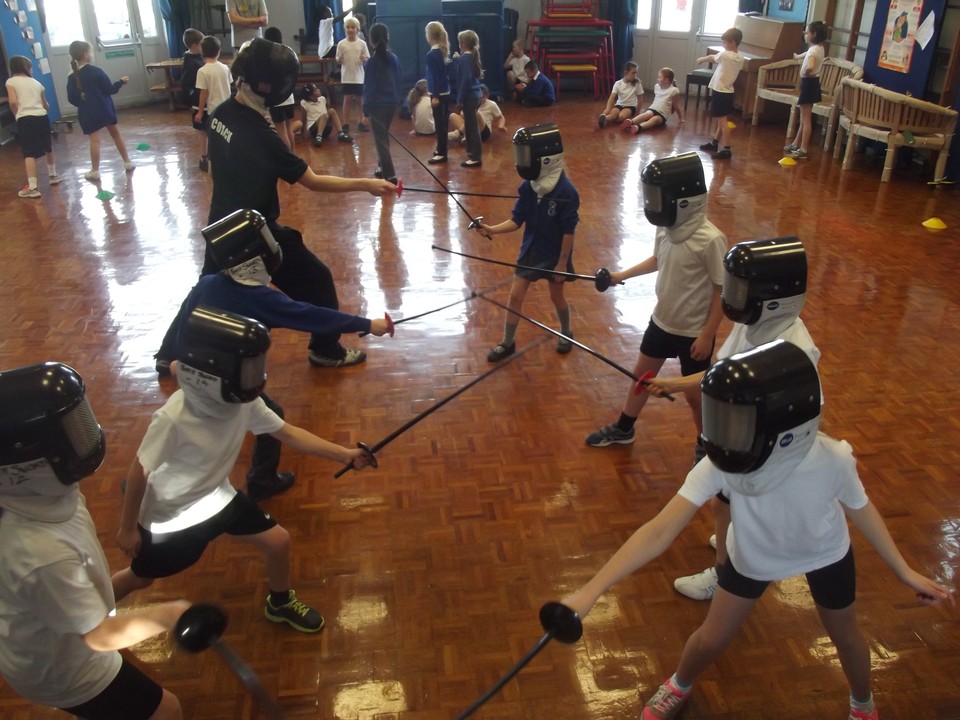 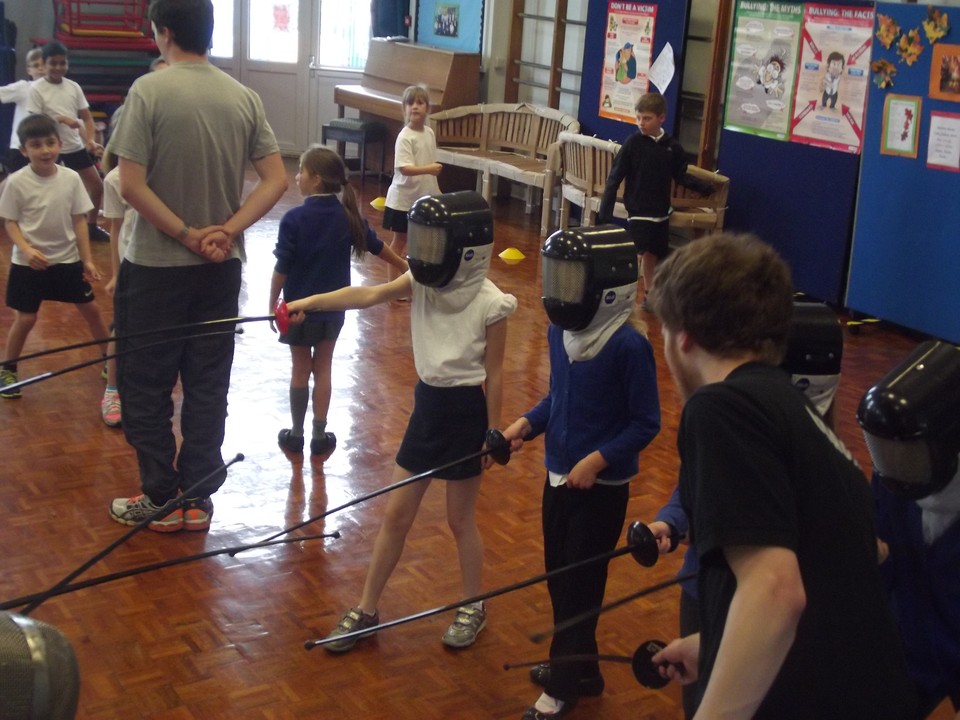 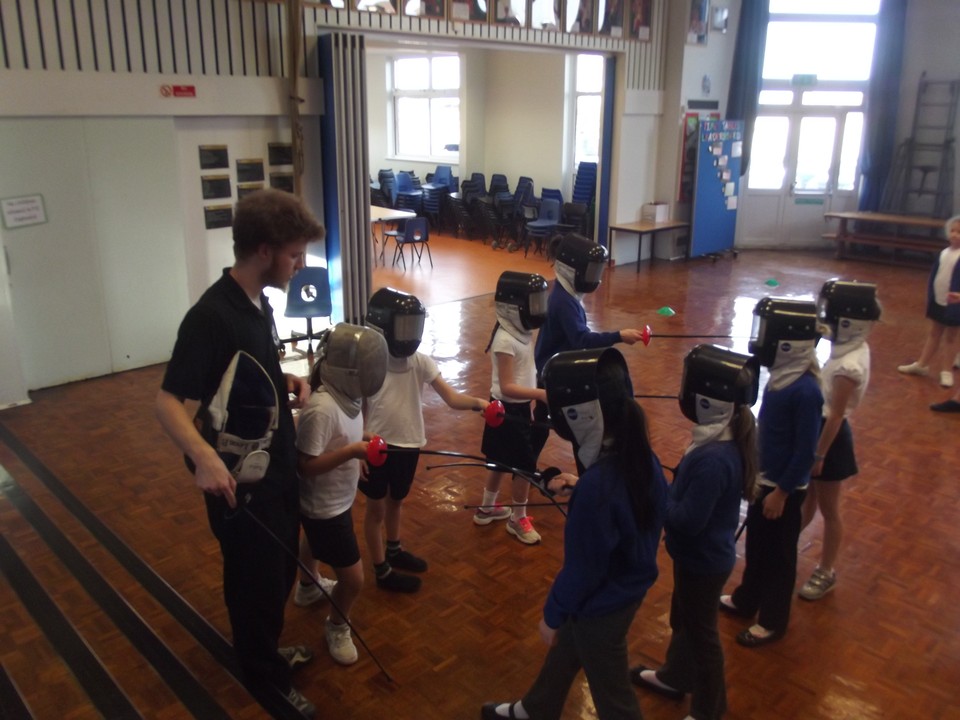 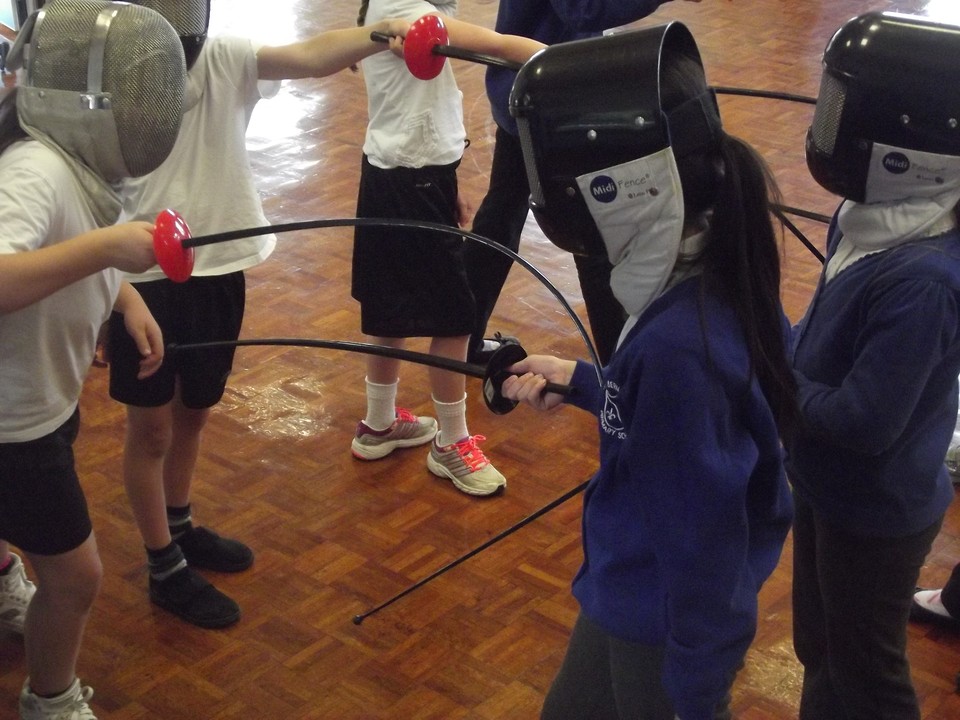 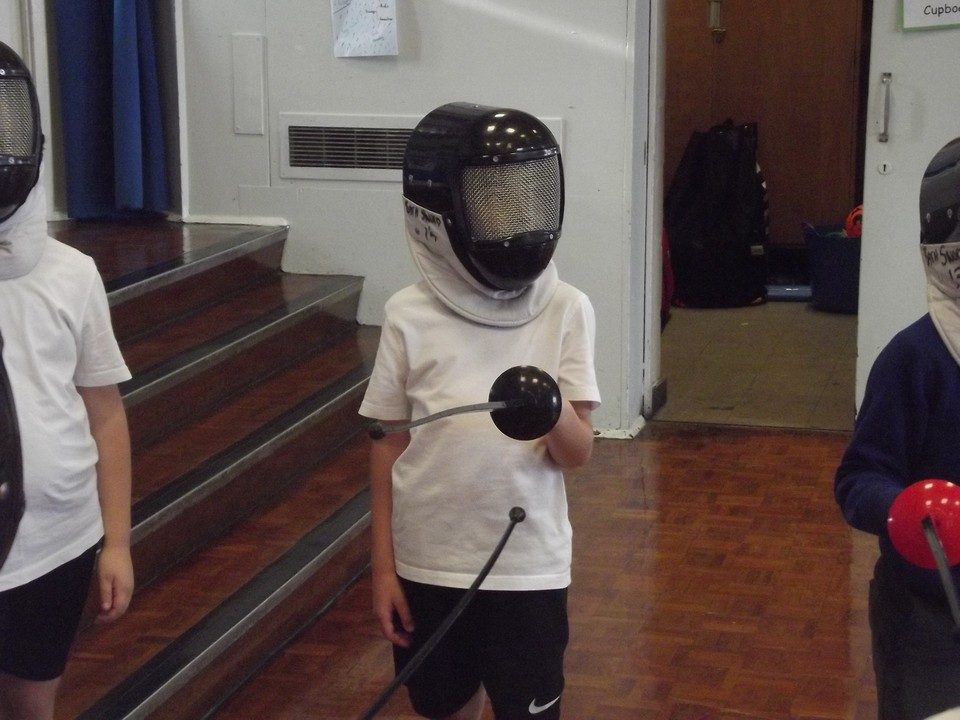 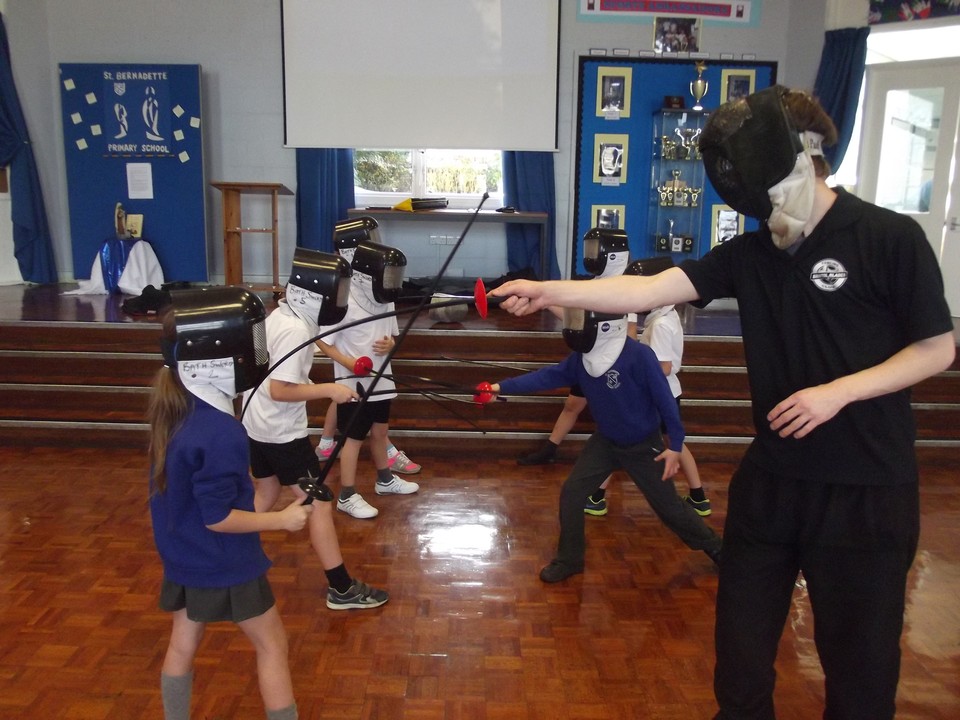 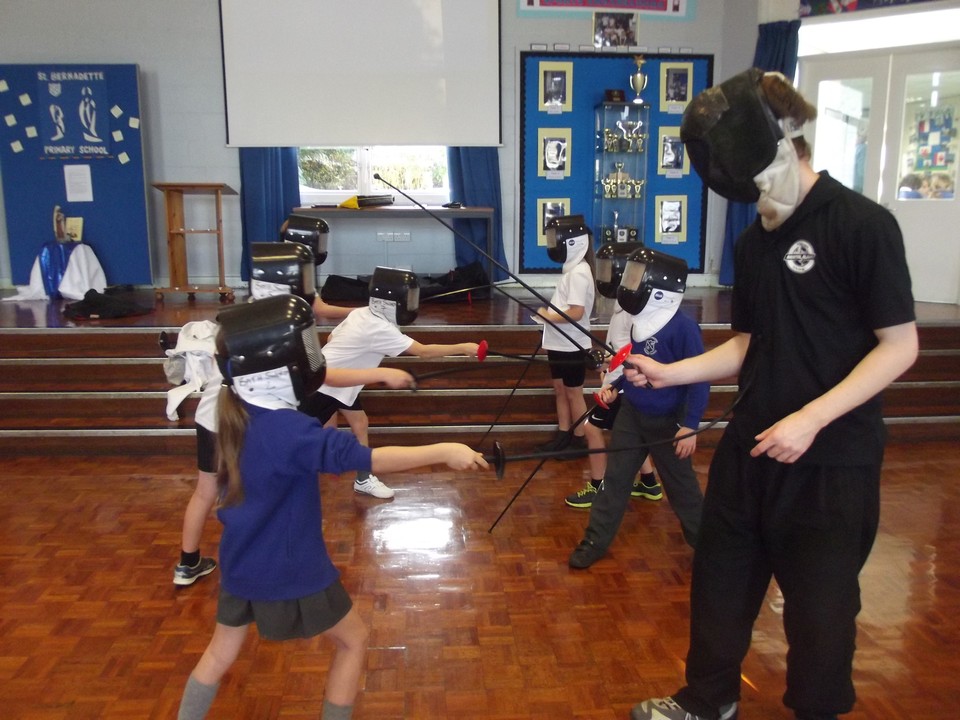 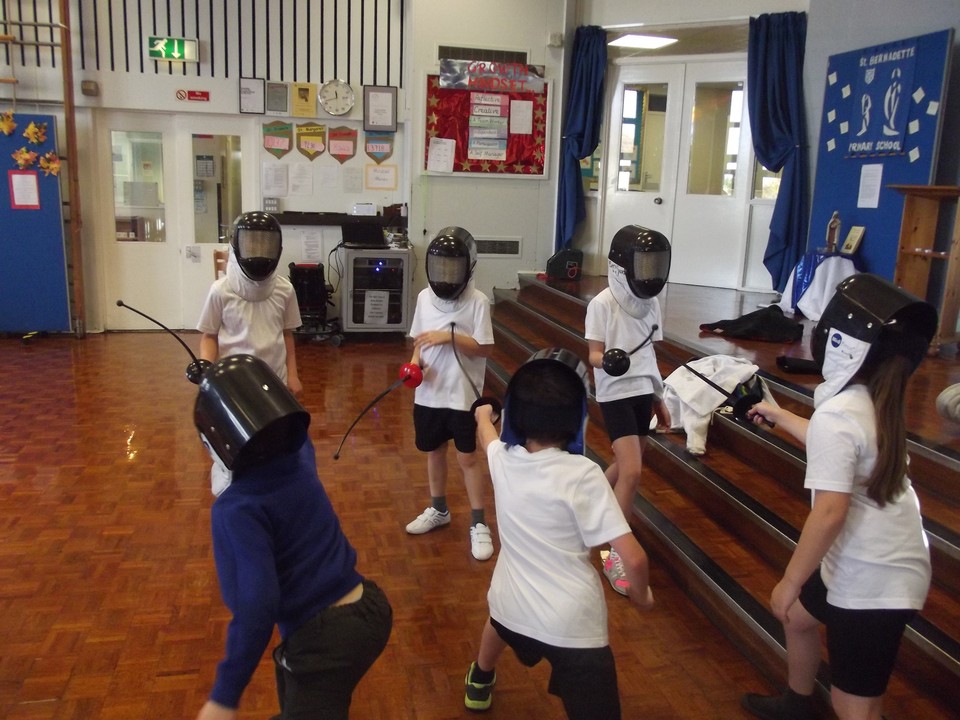 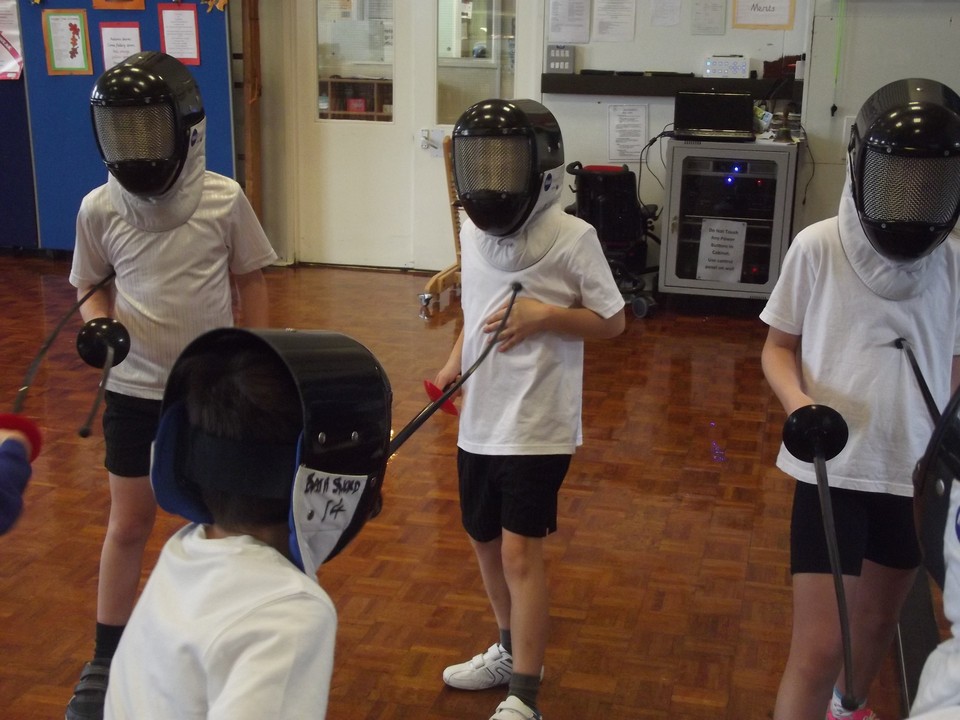 A group of year 5 & 6 pupils represented St. Bernadette Primary School at a South Bristol Central Tag Rugby League held at Broadplain Rugby Club. We were placed in the higher league due to our successful 3rd place last year.

A total of 22 schools took part, playing 12 matches altogether over a four week period. St Bernadette’s had a very successful record out of the 12 games we won 10 drew 1 and lost one.

It was a nail biting climax at the presentation.  Eventually we came joint first with West Town Lane, but there had to be a winner so the results were taken to how many tries were scored.  Unfortunately we lost out on being Champions by 1 try.

A big massive well done to all who took part, and to the parents who came to support and watch every week in the wet cold weather.  MAYBE NEXT YEAR WE CAN BE CHAMPIONS!!!!!

On a freezing November evening after school 8 boys from year 5 & 6 entered into the Bristol City Kids Cup Football Championship.

24 Schools entered. This tournament was of a very high excellence and quality as a lot of the other teams had many academy players representing their schools.

St Bernadette’s never let us down, out of eight games we drew 4, lost 1, won 3 we made it through to the quarter finals, but unfortunately were knocked out by the team who eventually won the whole tournament.